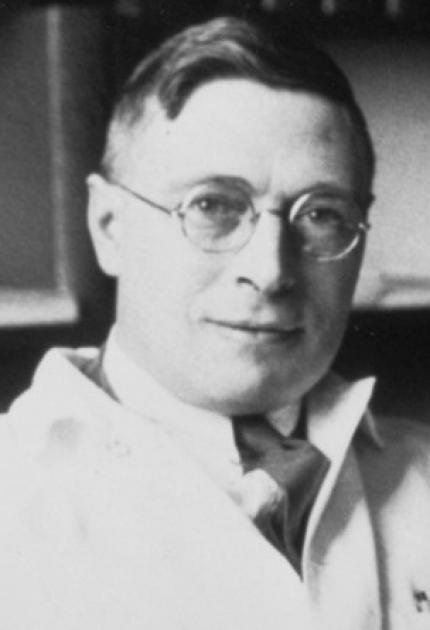 The process for producing enough pure insulin for clinical trials was developed by James B. Collip, a biochemist who provided a key contribution to the treatment of diabetes.

After Charles Best and Frederick Banting discovered insulin and proved that it could save the lives of diabetics, they encountered trouble finding ways to purify and extract the natural hormone. Collip solved the problem by devising the first successful process that could remove harmful impurities from insulin while retaining its life-saving qualities. Days after he produced a batch of his extract, it was used to save a 14-year-old boy who was near death from the ravages of diabetes. Collip went on to become a leading endocrinologist and a worldwide authority on the properties of insulin.

Born in Belleville, Ontario, Collip earned his B.A. from Trinity College in 1912 and his M.A. in 1913. He earned a Ph.D. in biochemistry from the University of Toronto in 1916. He conducted research at the University of Alberta, McGill University in Montreal, and the University of Western Ontario. He received numerous professional awards and honorary degrees.