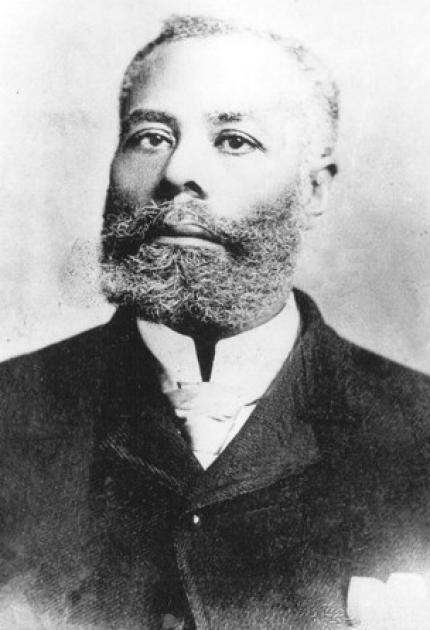 Elijah McCoy received his first patent for an automatic lubricating device in 1872. Previously, engines had to be stopped before necessary lubrication could be applied. McCoy's invention allowed engines to be lubricated while they ran, saving precious time and money.

McCoy's parents were slaves who escaped from Kentucky to Canada. McCoy was born in Canada, later moving with his family to Ypsilanti, Michigan. When he was fifteen, his parents sent him to school in Scotland. There, he studied mechanical engineering, a field that had interested him from the time he was young.

Returning home, McCoy was unable to find work as a mechanical engineer, so he went to work for the Michigan Central Railroad as a fireman. His duties included lubricating engine parts. Engines needed frequent lubrication, and each time, the trains had to be stopped and started, an inefficient process. McCoy was convinced there was a better way and invented his automatic lubricator.

McCoy continued to create improvements on his device, and soon, long distance locomotives, transatlantic ships, and factory machines were using his lubricating invention. His reputation spread, and users of heavy equipment were wary of buying cheap substitutes. As a result, they often asked for "the real McCoy," a phrase that still exists in today's vocabulary.