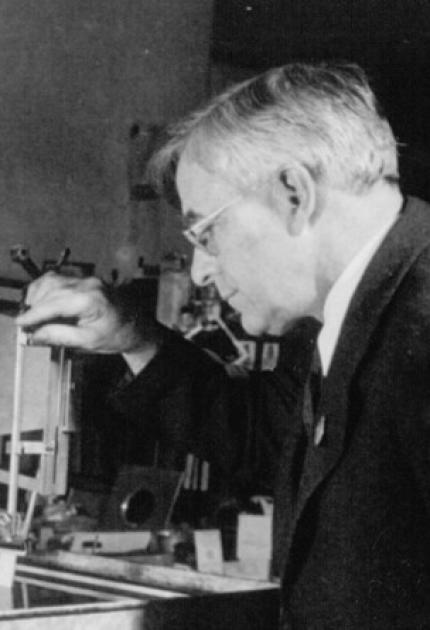 Irving Langmuir's work led to two major inventions: the high-vacuum electron tube and the gas-filled incandescent lamp. Born in Brooklyn, New York, Langmuir was educated in the public schools of New York and Paris, France. He earned a B.S. from the Columbia University School of Mines and a Ph.D. from the University of Gottingen in Germany. His first professional position was as a chemistry instructor at Stevens Institute in Hoboken, New Jersey. From there he moved to the General Electric Research Laboratory in Schenectady, New York. While at G.E., Langmuir received 63 patents and was awarded the 1932 Nobel Prize for Chemistry, among many other honors. His initial research at General Electric involved low-pressure chemical reactions and the study of the emission of electrons by hot filaments in a vacuum. This work led directly to the invention of the high-vacuum electron tube in 1912 and the gas-filled incandescent lamp in 1913.

Langmuir was responsible for many basic scientific discoveries. His contributions to atomic theory and the understanding of atomic structure threw light upon the meaning of isotopes. His experiments with oil films on water resulted in the development of two-dimensional or surface chemistry. In World War II, Langmuir was one of the key advisers in the national defense and wartime scientific research programs, contributing to the development of radar for use by the British and United States armed forces.