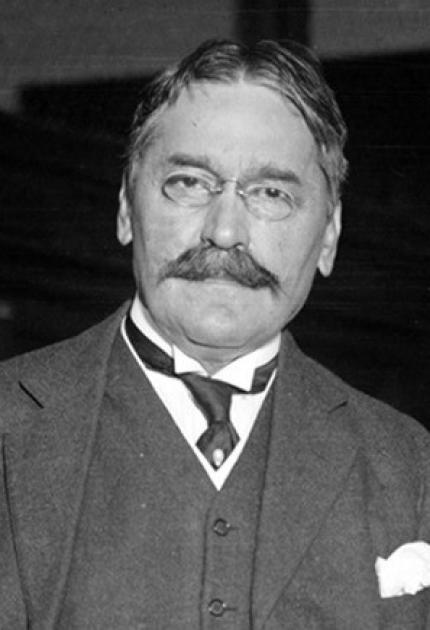 Michael Pupin, born Mihailo Pupin, was a Serbian physicist and physical chemist who devised a means of greatly extending the range of long-distance telephone communication by placing loading coils of wire at intervals along a transmitting wire. Pupin received a patent for his loading coils, and the importance of this innovation was made clear when the American rights to the patent were acquired by AT&T. Although AT&T had their own development in hand led by George Campbell, they purchased Pupin's patent to continue control of the technology needed to extend the range of long distance telephones.

Pupin studied at Columbia College in 1879 and later obtained his Ph.D. at the University of Berlin. He returned to Columbia University to become a lecturer of mathematical physics. There, Pupin's research pioneered carrier wave detection and current analysis. He was also among the first in America to follow up on Roentgen's discovery of x-rays in late 1895 and carried out one of the first medically oriented studies of the utility of x-rays.

In 1911 Pupin became a consul of the Kingdom of Serbia in New York. Following Pupin's "fourteen point" speech to Congress on January 18, 1918, President Woodrow Wilson was so inspired that he insisted on granting independence to Serbia and Montenegro, as well as autonomy for the peoples of the Austro-Hungarian monarchy.