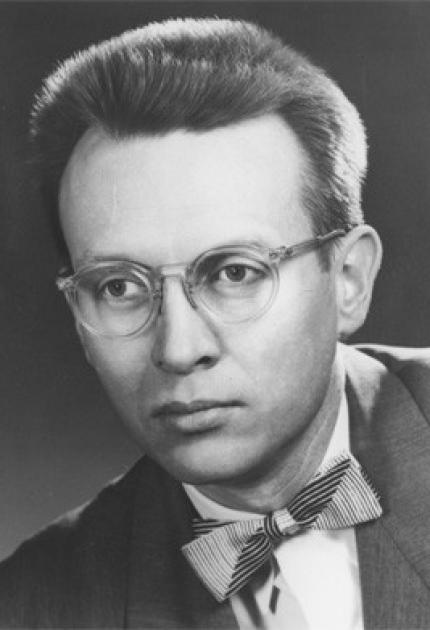 The GE Research Laboratories announced on February 15, 1955 that H. Tracy Hall, along with Francis Bundy, Robert Wentorf, and Herbert Strong, had synthesized diamond from carbon in a process that was reproducible.

Scientists knew that graphite, a pure carbon substance, was needed to produce manmade diamonds. The GE researchers discovered that graphite was resistant to change due to strong bonding of the carbon atoms. By utilizing iron as a catalyst to free the carbon bonds and by applying high pressure and high temperature, they were able to turn graphite into manmade diamonds. The first successful reproducible experiment was completed on the morning of December 16, 1954 by Hall in his unique "Belt" apparatus.

Originally from Ogden, Utah, Hall received his B.S., M.S., and Ph.D. degrees from the University of Utah. He worked at GE until 1955, then returned to Utah to become a professor and researcher at Brigham Young University. There he invented additional apparatus and products and founded several companies that manufacture diamonds and high-pressure equipment.