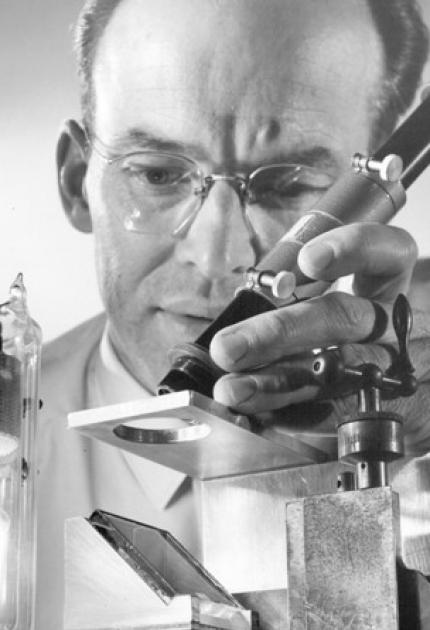 Robert Hall invented the version of the magnetron that operates most microwave ovens, the semiconductor laser found in compact disc players, and power rectifiers that greatly improved power transmission efficiency. Born in New Haven, Connecticut, Hall earned a B.S. in Physics at Caltech in 1942 and a Ph.D. in physics at Caltech in 1948. He then returned to the General Electric Research and Development Center in Schenectady, New York, where he had worked during World War II on continuous wave magnetrons to jam enemy radar. These were later incorporated into microwave ovens.

After the war Hall worked first on transistors, succeeding in making ingots of never-before-available intrinsic germanium from which devices could be fabricated. A "chance observation" while measuring the electrical properties of one of these ingots led him to his discovery of alloyed p-n junctions, the fundamental elements of power rectifiers and some transistors. His basic rectifier structure, with silicon replacing the germanium, is used today for AC-to-DC power conversion in electric locomotives and high-voltage DC electrical transmission.

In 1962 Hall invented the semiconductor injection laser, a device now used in all compact disk players and laser printers, and most optical fiber communications systems.