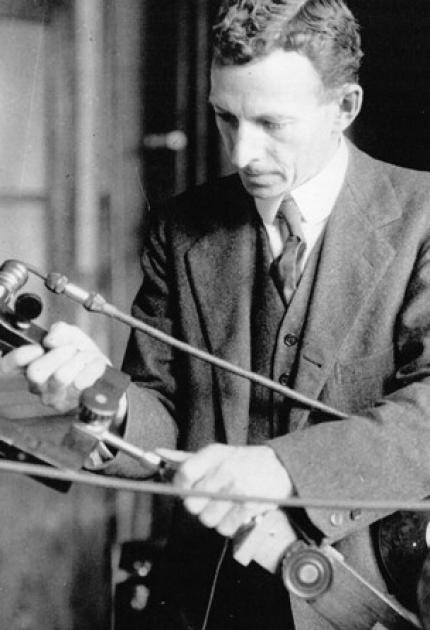 William D. Coolidge's name is inseparably linked with the X-ray tube -- popularly called the "Coolidge tube." This invention completely revolutionized the generation of X-rays and remains to this day the model upon which all X-ray tubes for medical applications are patterned. Coolidge, born in Hudson, Massachusetts, graduated from the Massachusetts Institute of Technology in 1896, majoring in electrical engineering. He received his Ph.D. in 1899 from the University of Leipzig. He later returned to MIT, working first as an instructor and later as an assistant professor.

Coolidge joined the staff of General Electric Company's Research Laboratory in 1905 and early in his career played a major role in the development of the modern incandescent lamp. He invented ductile tungsten, the filament material still used in such lamps.

He worked on many other devices such as high-quality magnetic steel, improved ventilating fans, and the electric blanket. During World War II he contributed research to projects involving radar and radar countermeasures. He was awarded 83 patents during his lifetime.