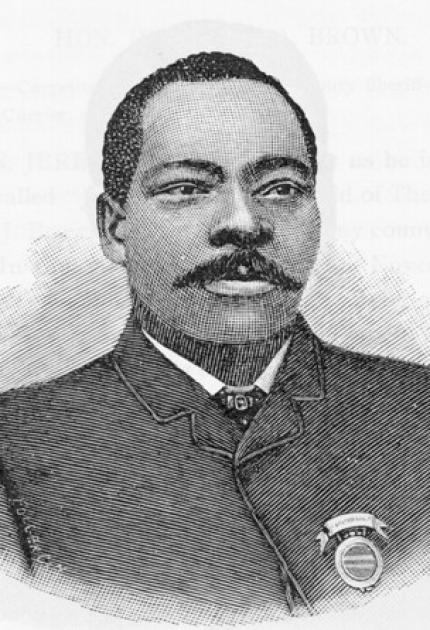 A prolific inventor, Granville Woods developed the railroad telegraph, a device that transmitted messages, through static electricity, between moving trains.

Born in Columbus, Ohio, Woods was formally educated until the age of ten when he took a job in a machine shop. In 1885 Woods began working on what he called "telegraphony," a device that allowed users to switch between two forms of communication, voice or Morse code, to transmit messages.

Woods' later inventions dealt with more efficient use of electricity. He created an overhead conducting system for rail and trolley cars to run on electric current instead of steam power. In addition, he devised a third rail that is still often used on many rail lines; the third rail carries electricity via electromagnetic switches and pulls trains along. He also improved the automatic air brake used by railroad cars. His patents were eventually bought and used by General Electric and the Westinghouse Air Brake Company.