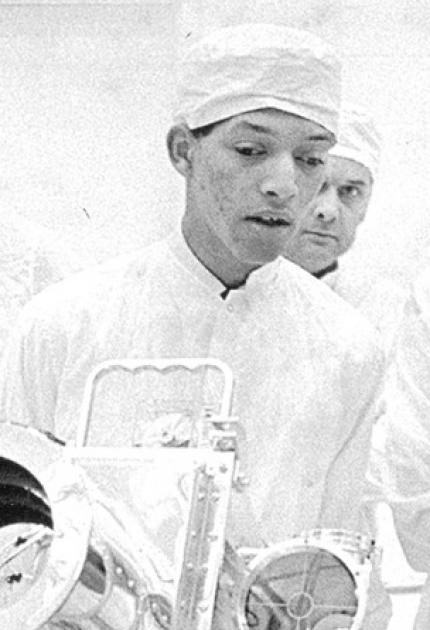 George Carruthers invented the Far Ultraviolet Electrographic Camera. This camera uses ultraviolet light to study Earth's upper atmosphere, stars, and gases in interstellar space. It was first used in sounding rocket flights to study stars in 1966 and made the first discovery of molecular hydrogen in space in a 1970 flight.

This instrument is best known for its use in the Apollo 16 mission to the Moon in 1972, examining both Earth's far outer atmosphere and deep space from a location offering a global view of Earth. Over 200 pictures and spectra were taken from the Apollo mission, providing the first global images and spectra of Earth's far outer atmosphere, and images of stars, galaxies, and interstellar gas from a unique perspective.

Born in Cincinnati in 1939 and graduating from the University of Illinois with his Ph.D. in 1964, Carruthers was deeply involved in both the engineering and science of space astronomy, studying the Earth's upper atmosphere. He spent his career at the Naval Research Lab, and his honors included the 2011 National Medal of Technology and Innovation.