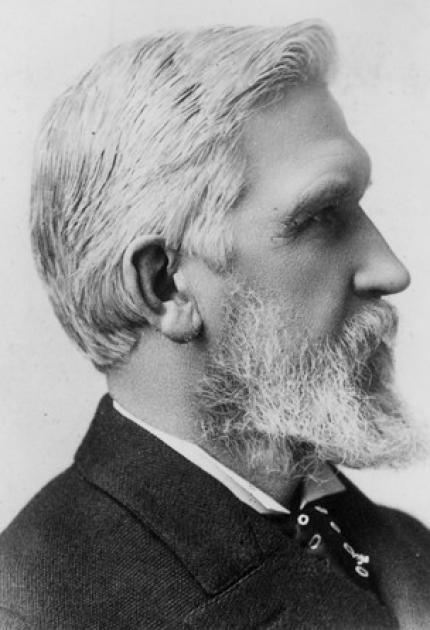 Elisha Gray invented numerous improvements in the telegraph and telephone industries, including the telautograph, a forerunner of the modern day fax machine.

Born in Barnesville, Ohio, Gray had developed an interest in telegraphic communication from an early age and built a working prototype at age ten, less than a year after the first telegraph line was erected. After attending Oberlin College for two years, Gray established himself as an electrician while simultaneously designing and inventing various telegraphic devices, including a telegraphic relay in 1867 that won him patronage from Western Union. Gray subsequently became a founder of the Western Electric Manufacturing Company, which manufactured telegraphic instruments. In 1875, Gray sold his share of Western Electric to become a full-time inventor.

Pursuing his goals of advancing telegraph and telephone technology, Gray became engaged in a race with Alexander Graham Bell to invent a telephonic transmitting device. While there was controversy and years of litigation, Gray continued to make various improvements in telephonic communication. He pioneered the telephone call box, speaking telephones, and the telautograph, which transmitted copies of handwritten documents.