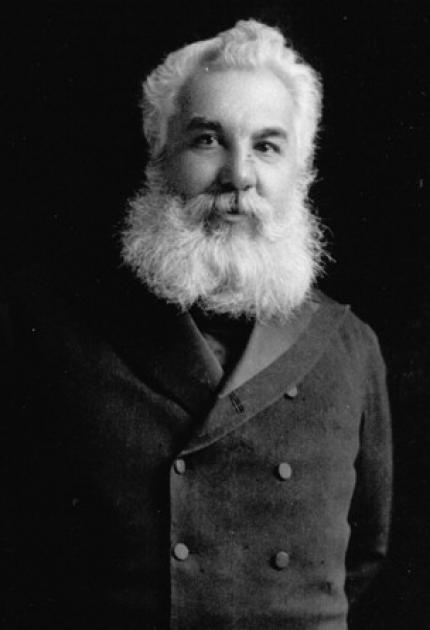 Alexander Graham Bell's invention of the telephone grew out of his research on improving the telegraph. Born in Edinburgh, Scotland, he spent one year at a private school, two years at Edinburgh's Royal High School, and attended lectures at Edinburgh University and at University College in London, but he was largely family-trained and self-taught.

Bell had the good fortune to discover Thomas Watson, a repair mechanic and model maker, who assisted him in devising an apparatus for transmitting sound by electricity. On April 6, 1875, Bell was granted the patent for the multiple telegraph, which sent two signals at the same time. In September 1875, he began work on the telephone. On March 7, 1876, the U.S. Patent Office granted him Patent Number 174,465 for the telephone. After inventing the telephone, Bell continued his experiments in communication, which culminated with the photophone transmission of sound on a beam of light a precursor of today's optical fiber systems. He also worked in medical research and invented techniques for teaching speech to the deaf.

Bell's extensive range of genius included patents for the telephone and telegraph, the photophone, aerial vehicles, and hydro-planes. In addition, he founded the National Geographic Society in 1888.