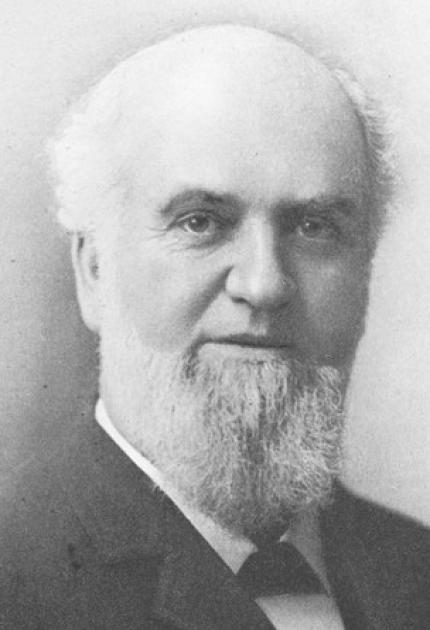 Holder of ninety-two patents, Lewis Miller's most significant invention was the Buckeye Mower and Reaper, the prototype for the modern mower.

Miller was born in Greentown, Ohio. Educated through high school, he joined the farm equipment firm Aultman, Miller & Company at the age of twenty. For the next six years Miller invented and patented the practical horse-drawn Buckeye Mower, advancing McCormick's reaper by adding a floating cutting bar in front of the farmer for safety. The bar's most distinct feature provided the operator the option to raise or lower the cutting bar parallel to the ground. Its versatility enabled the mower to travel through gates and barns and over rocks and other impediments. The Buckeye Mower Machine became instantly popular and Miller's business expanded rapidly. Miller furthered its popularity by making several improvements to the design of the mower and the process for mass production. Miller became head of the company, but also served as superintendent to oversee day-to-day operations.

A philanthropic man, Miller was active in the Akron, Ohio community for most of his life, forming the Sunday school at the Methodist Episcopal Church in 1864. Pursuing his passion for education, Miller co-founded the Chautauqua Institution, in Chautauqua, New York, in 1874.