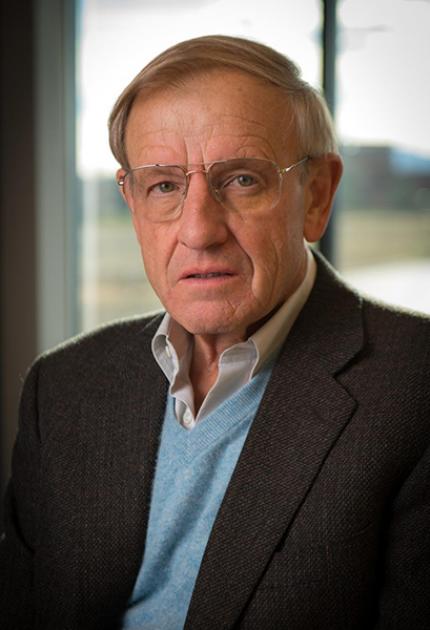 In the early 1980s, biochemist Marvin Caruthers and his team at the University of Colorado Boulder developed the methods for chemically synthesizing DNA, a breakthrough that dramatically advanced biological research and helped launch the biotechnology industry. Caruthers’ work transformed protein and DNA synthesis from highly specialized basic research into a widely used research, diagnostic, and forensic tool.

The ability to synthesize DNA, rapidly and in the lab, enables researchers to learn how certain genetic sequences are formed, and to locate and isolate genes for selected proteins. Early clinical studies on drugs stemming from Caruthers’ techniques showed remarkable benefits for patients with severe kidney disease and cancer.

Caruthers began working on improving the reliability of DNA synthesis while in the Ph.D. program at Northwestern University, and continued his research at the University of Wisconsin-Madison and MIT. As a faculty member at the University of Colorado Boulder, he developed key advances such as adopting a more stable solid substrate onto which growing molecules could be attached. He also devised methods making it possible to manufacture and ship DNA synthesis reagents on a commercial scale. Caruthers’ procedures have been incorporated into "gene machines" automating synthetic DNA production used by biochemists, biologists, molecular biologists, and biophysical chemists in multiple research applications. More recently his procedures have been adapted for use with modified ink jet printers to synthesize DNA on glass chips.

Caruthers received his B.S. in chemistry from Iowa State University, and his Ph.D. in biochemistry from Northwestern University. The co-founder of several successful biotech companies, including Amgen and Applied Biosystems, he holds 43 U.S. patents and has received numerous awards, including the 2006 U.S. National Medal of Science.