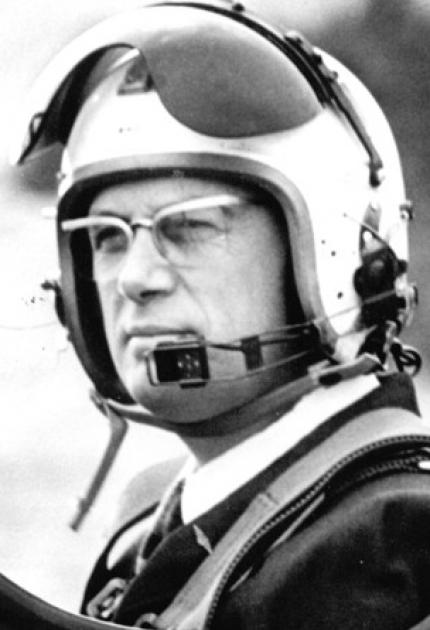 A little green box called "The Bird" became familiar to hospital patients throughout the world after it was introduced in 1958. It was the first highly reliable, low-cost, mass-produced medical respirator in the world, invented by Forrest Bird.

Bird was born in Stoughton, Massachusetts. His father, a World War I pilot, encouraged him to solo in an airplane by age 14. During World War II, as an officer with the Army Air Corps, Bird became a technical air training officer. At that time supercharged airplanes were beginning to exceed altitudes at which pilots could breathe unaided. This provided Bird his first chance at developing technology for aiding breathing.

After attending numerous medical schools and completing diverse residencies, Bird developed the prototype Bird Universal Medical Respirator for acute or chronic cardiopulmonary care. He tested the device by traveling to medical schools and asking doctors for their most ill patients. In each case known therapies had failed and the patient was expected to die of cardiopulmonary failure. Although some patients died, many times the Bird succeeded. In recognition of his work, Bird received the 2008 National Medal of Technology and Innovation.

The "Babybird" respirator, introduced in 1970, reduced infant mortality due to respiratory problems from 70 percent to less than ten percent.