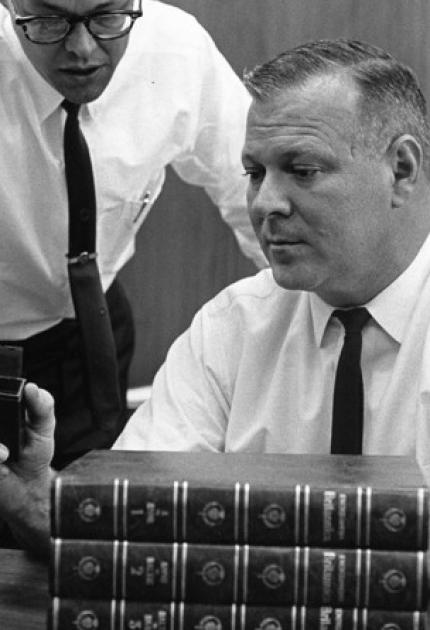 Louis Stevens, working with William Goddard and John Lynott and a team of engineers, invented a unique magnetic disk storage device. Their disk drive, announced in 1955, was a key component of the IBM 305 RAMAC machine, and allowed users to store and almost instantly access large amounts of data.

The features of the original disk drive continue to be used in modern drives. Early in the 21st century, the industry was producing over 250 million drives annually and generating over $20 billion in sales worldwide.

Stevens was born in Post, Texas. He earned his BSEE from Texas Tech in 1948 and his MSEE from the University of California at Berkeley in 1949. After working briefly for IBM in Poughkeepsie, in 1952 he transferred to San Jose. Although Stevens spent the majority of his career in San Jose and retired from there in 1984, he also spent time working at IBM's world headquarters in New York.