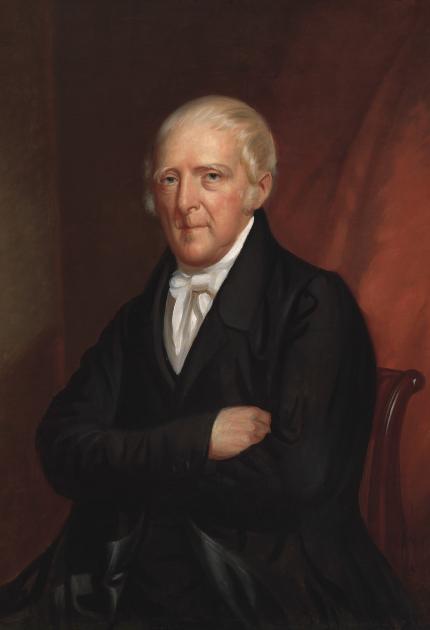 Independent inventor John Stevens was a pioneer in the development of steam-powered engines used in boats and railroad cars in the early nineteenth century.

Born in New York City, Stevens was educated at King's College, and earned his degree in 1768. After serving in the American Revolutionary War, he took notice of John Fitch's successful steamboat and began working on his own design. By 1791, Stevens had patented a steam engine with an improved vertical boiler.

Over the next ten years, Stevens continued to pursue steam technology. By 1803, he had patented his first successful steamboat design, Little Juliana, which used screw propellers and a multi-tubular boiler. Subsequent designs led to Phoenix, a larger boat that could easily navigate smaller tributaries.

Beginning in 1810, Stevens pursued the use of steam engines for railroads. To prove the feasibility of steam power, Stevens designed and constructed a steam locomotive, which operated on a circular track on his New Jersey estate. Even though his locomotive did not enter commercial service, it is regarded as the first locomotive built in America.

Stevens' devotion to science and invention led him to work with members of Congress to help draft and pass the first United States Patent Act of 1790.