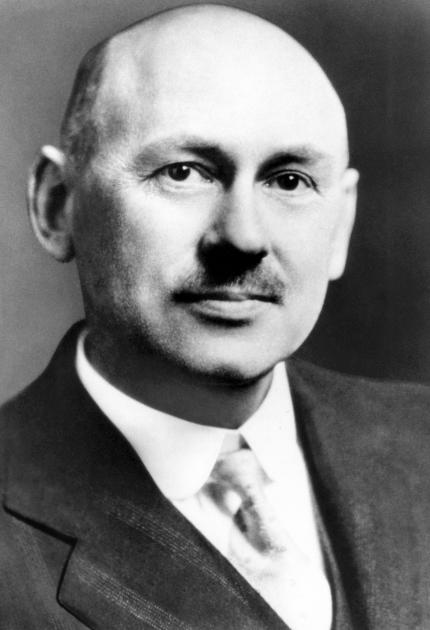 Robert Hutchings Goddard pioneered modern rocketry and space flight and founded a whole field of science and engineering. Born in Worcester, Massachusetts, Goddard graduated from Worcester Polytechnic Institute in 1908, then became a physics instructor at Worcester Tech. He also completed graduate work at Clark University, where he received his M.A. in 1910 and a Ph.D. in 1911. He was then a research fellow at Princeton and in 1914 joined the faculty at Clark University, becoming a full professor in 1919. As early as 1908, Goddard conducted static tests with small solid-fuel rockets at Worcester Tech, and in 1912 he developed the detailed mathematical theory of rocket propulsion.

In 1915 he proved that rocket engines could produce thrust in a vacuum and therefore make space flight possible. In 1916 the Smithsonian Institution provided funds for Goddard to continue his work on solid-propellant rockets and to begin development of liquid-fuel rockets as well.

During World War I, Goddard succeeded in developing several types of solid-fuel rockets to be fired from hand-held or tripod-mounted launching tubes, which were the basis of the bazooka and other powerful weapons of World War II.

During World War II, he was assigned by the U.S. Navy to develop rocket-assisted takeoff of carrier planes and variable-thrust liquid-fuel rocket motors. At the time of his death Goddard held 214 patents in rocketry.