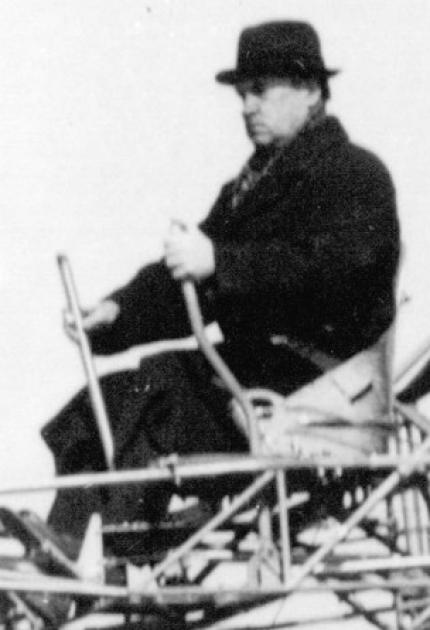 Igor I. Sikorsky designed the world's first successful multimotor airplane and the world's first true production helicopter. Born in Kiev, Sikorsky built model aircraft and helicopters as a schoolboy. He was educated in Russia and Paris, and achieved international recognition in 1913 when he designed and flew the first multimotor airplane. After the Russian Revolution he immigrated to the United States and reestablished himself as an aircraft designer.

From 1925 to 1940 he created a series of increasingly successful aircraft which won numerous world records for speed, range, and payload. The famed Sikorsky flying "Clippers" helped transoceanic commercial passenger services. Sikorsky continued to study the helicopter; he filed for a crucial patent in 1931. In late 1938, United Aircraft (now United Technologies) approved his experimental helicopter, and in 1939, the VS-300 made its first flight.

In January 1941 the U.S. Army Air Corps issued a contract for an observation helicopter designated the XR-4. Within months of the delivery of the first units, the XR-4 established the helicopter's humanitarian tradition of life-saving missions in military and civil emergencies. Sikorsky's breakthrough single-rotor design remains the dominant configuration today.