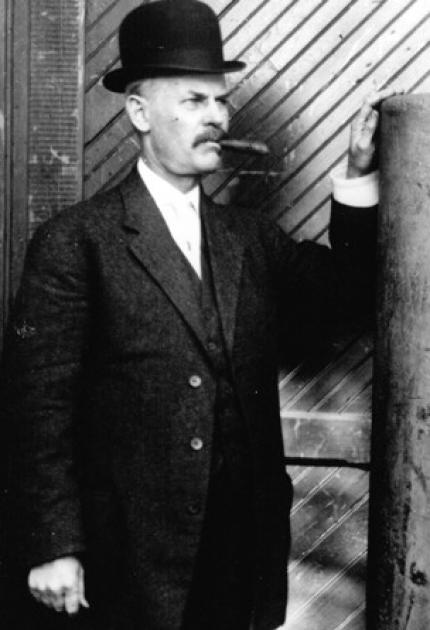 Edward Acheson's discovery of carborundum, a highly effective abrasive used in manufacturing, was an important influence in advancing the industrial era. Born in Washington, Pennsylvania, Acheson worked with Thomas Edison before establishing his own lab. There, he began experimenting in search of a good industrial abrasive. When he tried intensely heating a mixture of carbon and clay, he found that the mixture yielded silicon carbide, or carborundum. In 1926, the U.S. Patent Office named carborundum as one of the 22 patents most responsible for the industrial age.

Not long after that, it was noted that without carborundum, the mass production manufacturing of precision-ground, interchangeable metal parts would be practically impossible. In the mid 1890s, Acheson discovered that overheating carborundum produced almost pure graphite. This graphite was another major discovery for him, and it became extremely valuable and helpful as a lubricant.

Acheson was key in successfully establishing at least five industrial corporations dependent on electrothermal processes. He received a total of 70 patents relating to abrasives, graphite products, reduction of oxides, and refractories.