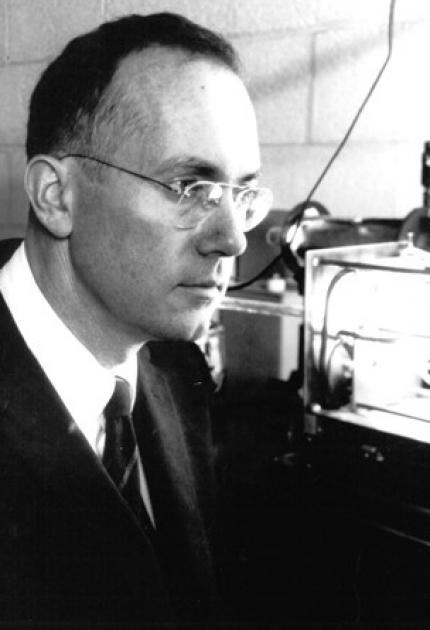 Charles Townes' invention of the maser, a device that amplifies electromagnetic waves, created a means for the sensitive reception of communications and for precise navigation. The maser provided basic components of the laser, for which Townes also received a patent.

Born in Greenville, South Carolina, Townes joined the technical staff of Bell Telephone Laboratories Inc. and worked on radar bombing systems during World War II. In 1948 he joined the faculty of Columbia University and three years later had the idea that culminated in construction of the maser.

From 1959 to 1961 Townes served as vice president and director of research of the Institute for Defense Analysis in Washington, D.C. He then was appointed provost and professor of physics at the Massachusetts Institute of Technology. The difference between a maser and a laser is that the laser utilizes visible light. Apart from being useful tools in the laboratory, both masers and lasers have found many applications in radar, communications, astronomy, navigation, atomic clocks, surgery, and industry. For his advances in the field of quantum electronics, Townes was awarded the 1964 Nobel Prize for Physics.