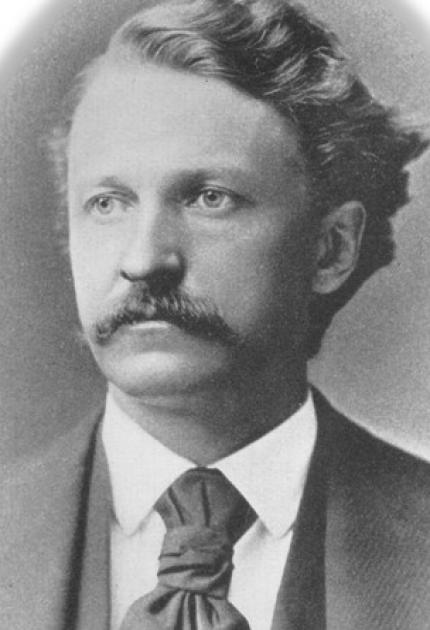 Alexander Holley was responsible for important technological developments in the American steel industry during the nineteenth century.

Born in Lakeville, Connecticut, Holley received his first patent for a steam engine cutoff while still in college. After graduating from Brown University in 1853, while on a trip to investigate armor making, Holley discovered Henry Bessemer's steelmaking process.

After Holley bought the American rights to Bessemer's patent, he set up a steelworks at Troy, New York, in 1865. There, he developed the most important improvement to Bessemer's process the "Holley bottom," a removable section at the base of Holley's Bessemer converters. Due to the extreme heat of the steelmaking process, the brick bottoms of the converters would break down quickly and have to be replaced. A traditional Bessemer converter had to cool down before workers could fix it, taking additional time and fuel to reheat the converter. Holley's swappable converter bottom allowed replacement without cooling the entire converter, increasing productivity over the traditional design.

Holley also contributed to the industry's development through his active participation in professional societies such as the American Society of Mechanical Engineers, which he helped found.