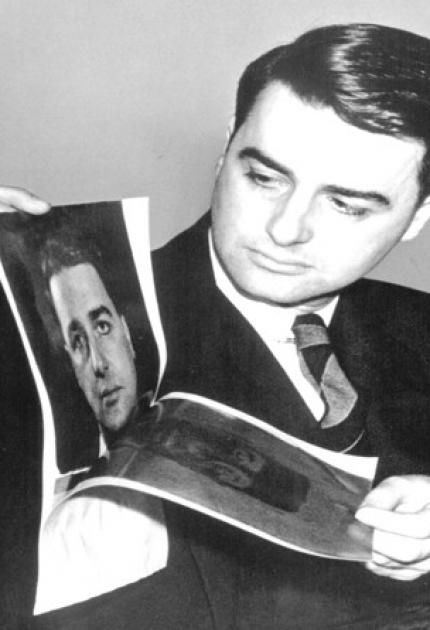 Physicist, manufacturing executive, and inventor Edwin Herbert Land developed the first modern polarizers for light, theories and practices for applications of polarized light, improvements in infrared night-vision instruments, and polarized sunglasses and lenses. He is best remembered for the instant one-step photography made famous by the company he founded, Polaroid Corporation.

Born in Connecticut, Land was educated at Norwich Free Academy and Harvard University. The Polaroid Corporation was founded in 1937; it prospered during World War II producing filters for goggles, gunsights, periscopes, range finders, aerial cameras, and the Norden bombsight. In 1948, the Polaroid Land Camera was introduced and became an immediate commercial success.

Many applications were found for the Land Camera and improved camera models became available for use in aerial, real estate, and commercial and press photography. Under Land, The Polaroid Corporation became a model company in terms of fair hiring practices, employee relations, and community involvement.

During World War II, he also developed optical and other systems for military use and proposed the retinex theory of color perception, in addition to creating cameras and films that gave instantaneous dry photographs in black and white and color.