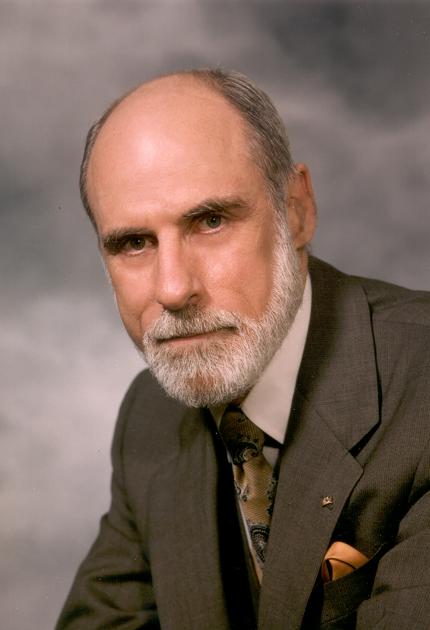 Vinton Cerf and Robert Kahn designed the architecture of the Internet and the procedures known as the Transmission Control Protocol/Internet Protocol, or TCP/IP, that allow supercomputers and desktop PCs to share the Internet.

Robert Kahn envisioned the Internet as an open, accessible collection of networks operated cooperatively. Based on Kahn's Open Architecture concepts, Cerf and Kahn invented their first design they called TCP in 1974. The design allowed DARPA's Packet Radio, Packet Satellite and ARPANET networks to interconnect and interwork seamlessly. TCP/IP became the required way to use the ARPA-sponsored packet networks beginning in 1983. It allowed arbitrary collections of packet networks to evolve into the Internet, enabling applications ranging from e-mail, streaming audio and video to the World Wide Web.

Cerf was born in New Haven, Connecticut. He pursued his B.S. at Stanford University before earning his M.S. and Ph.D. at UCLA. National Medal of Technology recipients in 1997, and Presidential Medal of Freedom recipients in 2005, Cerf and Kahn are often referred to as the "fathers of the Internet."