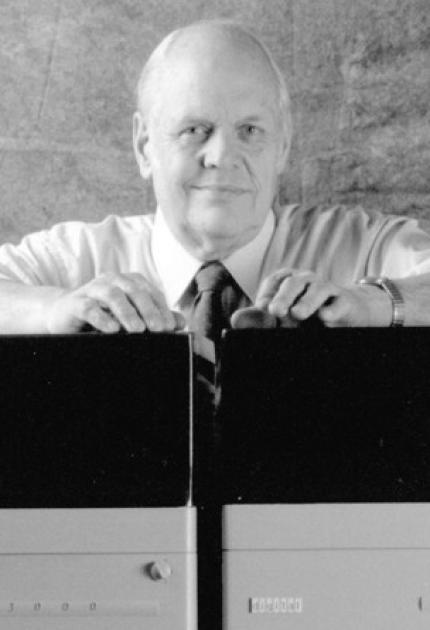 Kenneth H. Olsen, described by Fortune magazine in 1986 as the "most successful entrepreneur in the history of American business," invented vital computer components and cofounded Digital Equipment Corporation. Born in Stratford, Connecticut, Olsen began his career working summers in a machine shop. After serving in the Navy, he attended the Massachusetts Institute of Technology, earning a B.S. in 1950 and an M.A. in 1952. While at MIT, Olsen was recruited by the Air Force to help build a computerized flight simulator. He also directed the building of the first transistorized research computer.