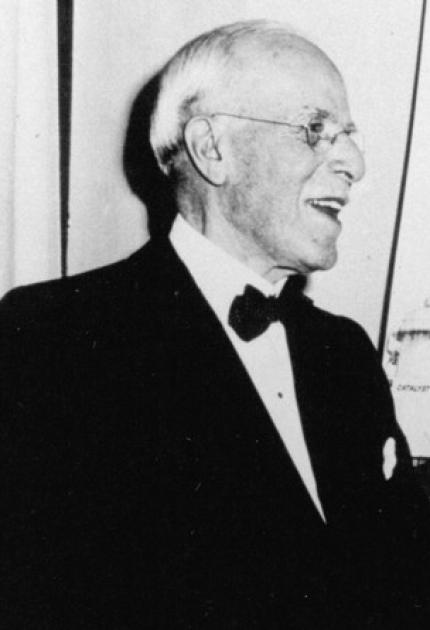 Chemist and oil industry executive William Meriam Burton recognized the need for altering the methods of refining crude oil at the turn of the century to produce gasoline and developed the first commercially successful process for cracking crude oil into gasoline and other products.

Born in Cleveland, Ohio, Burton received his preliminary education at public schools in his hometown and graduated with a B.A. from Western Reserve University in 1886. He did graduate work in chemistry at Johns Hopkins University and received a Ph.D. in 1889.

Burton demonstrated the value of laboratory research and testing, and the cracking process he developed more than doubled the potential yield of gasoline from crude oil. During its first 15 years in use the process saved more than one billion barrels of crude oil.