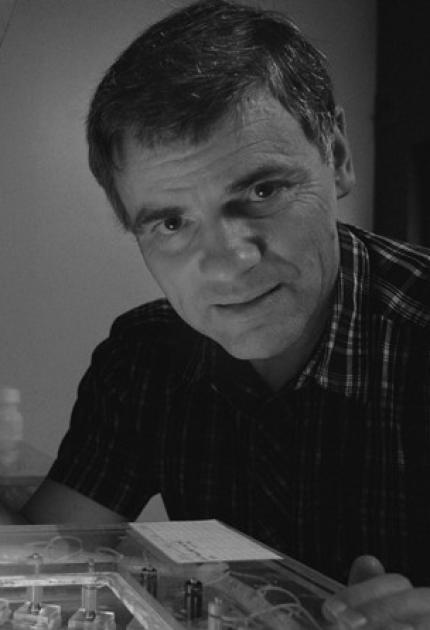 By developing several automated biotechnical instruments, Leroy Hood played a crucial role in the biotech industry. His DNA gene sequencer greatly accelerated the Human Genome Project during the 1990s. By enabling scientists to map the 25,000 genes that make up a human being, Hood revolutionized biomedical research.

While pursuing his Ph.D. at the California Institute of Technology, he became inspired to develop a machine that would automate protein sequencing. Hood and his team created a machine one hundred times more sensitive than previous devices and allowed scientists to analyze proteins previously impossible to isolate in large amounts.

Born in Missoula, Montana, Hood earned his M.D. from the Johns Hopkins School of Medicine and his Ph.D. from Caltech. He is the recipient of many awards including the Lasker Award, the Kyoto Prize, the Lemelson-MIT Prize, and the National Medal of Science.