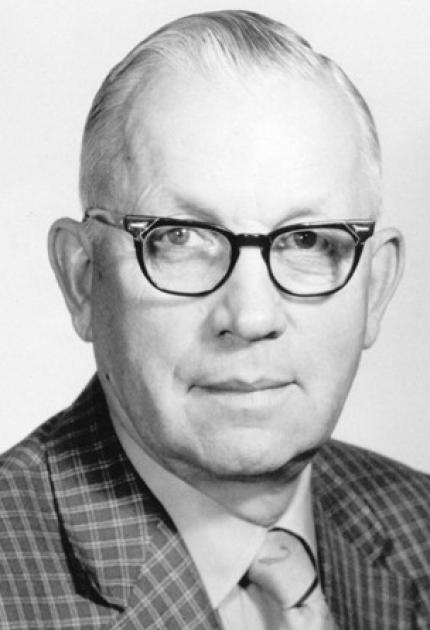 Chemist Roy J. Plunkett discovered tetrafluoroethylene resin while researching refrigerants at DuPont. Known by its trade name Teflon®, Plunkett's discovery was found to be extremely heat-tolerant and stick-resistant. Since 1949, it has become an important coating for everything from satellite components to cookware.

Born in New Carlisle, Ohio, Plunkett graduated from Manchester College in 1932 with a B.A. in chemistry. He received his master's in 1933 and his Ph.D. in 1936, both from Ohio State University. Plunkett joined DuPont as a research chemist at the Jackson Laboratory in Deepwater, New Jersey in 1936, and less than two years later made his discovery of Teflon®. In 1939 he became a chemical supervisor for the manufacture of tetraethyl lead at the Chambers Works at Deepwater. He continued in administration at the Chamber Works until 1952. Later he directed operations in DuPont's Freon Products Division.

After his discovery of Teflon®, Plunkett managed research, development, and production efforts that resulted in the creation of numerous new fluorochemical products and processes that have become widely used in the refrigeration, aerosol, electronic, plastics, and aerospace industries. Many are considered to be of critical importance to national defense.