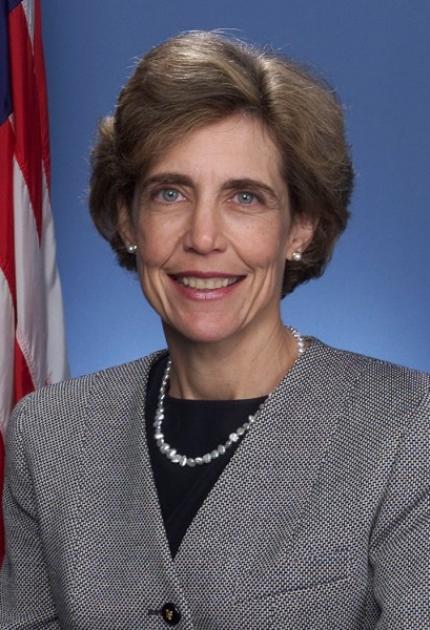 Ligler’s lifelong fascination with nature began where she was born, in Louisville, Kentucky. She enjoyed exploring her environment as she grew up training horses on her grandfather’s farm.

When Ligler won a high school science fair with a DNA-based project, this further fueled her drive to pursue a future in science. She earned her bachelor’s degree in biology and chemistry from Furman University in 1972 and two doctorates, in biochemistry and biosensor technology, from Oxford University in 1977 and 2000, respectively.

“I went into biochemistry because I like doing things with my hands and finding out about life in a hands-on way,” she shared in an interview with the National Inventors Hall of Fame® (NIHF).

Ligler was with the U.S. Naval Research Laboratory from 1986 until 2013. Here, she and her colleagues developed automated biosensors, including point-of-use sensors for continuous monitoring. A biosensor is a device using biological molecules to detect a chemical or biological target. The team’s automated biosensors were configured for both the manual addition of samples and the automated sampling of air while flying on a drone and of water while deployed on an unmanned undersea vehicle. They provided quick results, identifying and quantifying pathogens, toxins, pollutants, drugs or explosives.

Ligler developed a new chemistry for attaching biomolecules on sensor surfaces and then integrated emerging technologies from a variety of fields to make optical biosensors smaller, more versatile and more automated. Portable optical biosensors have since been used in food production plants, clinics in developing countries and pollutant cleanup sites.

During Operation Desert Storm, Ligler was instrumental in producing tactical sensors for detecting botulinum toxin and anthrax. Her incorporation of microfluidic channels and miniaturized optics enabled portable devices into which users could simply inject a sample for testing. She and her team demonstrated the first airborne biosensor for biological warfare agents and developed the underlying technology for the RAPTOR portable, automated biosensor, which was tested by NATO for use in analyzing biological toxins and pathogens, and was used to test water deliveries to U.S. Navy ships in Bahrain. A more advanced system incorporated an array of biological detector molecules to identify pathogens in food or indicators of disease in clinical samples.

Ligler is passionate about empowering others, especially women and underserved youth, to pursue careers in STEM. "As I think about my legacy as an inventor, there's no greater tribute than being a mentor, role model and inspiration to future generations,” she said. She has served as a Judge for the Collegiate Inventors Competition® and made in-person visits to Camp Invention® program sites, providing mentorship and encouragement to aspiring innovators.