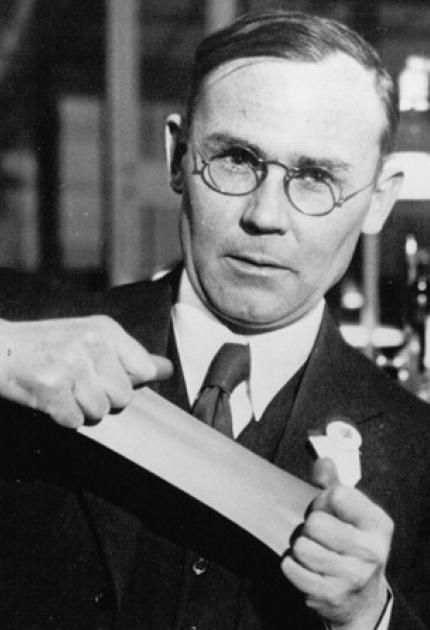 Wallace Hume Carothers spent only nine years at DuPont before his death. But in that time he made contributions to the theory of organic chemistry that led to the invention of polymeric materials such as nylon and neoprene, the first commercially successful synthetic rubber. Born in Burlington, Iowa, Carothers first studied accounting and secretarial courses then entered Tarkio College as a science student while simultaneously holding assistantships in English and commercial studies. After receiving a B.S., Carothers obtained his master's and doctorate degrees from the University of Illinois.

He joined DuPont in 1928 as head of fundamental research in organic chemistry. At DuPont, Carothers first worked on the polymerization of acetylene and its derivatives; this led to the development by other scientists of neoprene.

His most outstanding work involved the theory of linear polymerization, which he tested by synthesizing a large number of polymers structurally similar to cellulose and silk. This work culminated in the production of nylon, which is today used in a wide variety of applications. The invention of nylon marked the beginning of a new era of synthetic fibers.