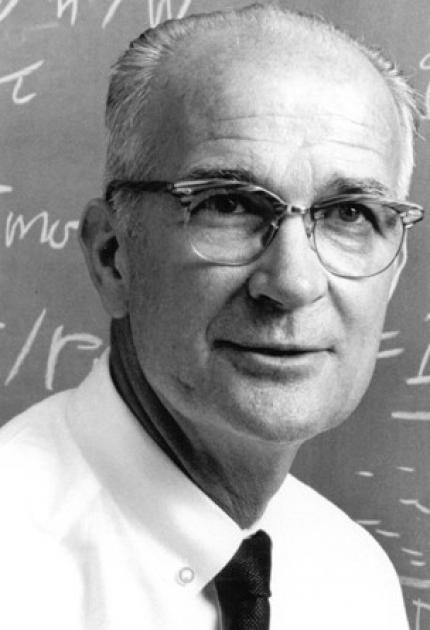 William Shockley headed the team at Bell Telephone Laboratories that studied semiconductors and invented the transistor. The work that he and fellow physicists John Bardeen and Walter Brattain undertook earned them the 1956 Nobel Prize in physics.

In the 1930s, Bell Labs was working on a way to develop a solid-state device to replace vacuum tubes. Shockley suggested that electrical current could be increased, or amplified, using semiconductors and metals. The team consequently amplified electrical current with a "transfer resistor" or transistor by placing a germanium semiconductor between two metallic contacts. This transistor was able to greatly further technological advances.

Shockley was born in London. He joined Bell Labs in 1936, although during World War II he served as director of research for the Antisubmarine Warfare Operations Research Group of the U.S. Navy. After the war, he returned to Bell as director of transistor physics research.

He joined Beckman Instruments Inc., to establish the Shockley Semiconductor Laboratory in 1955, became a lecturer at Stanford University in 1958, and became the first Poniatoff professor of engineering science at Stanford in 1963.