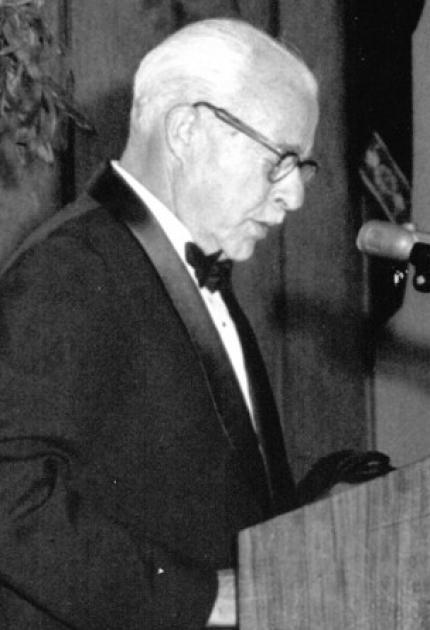 Physicist Walter Brattain shared the 1956 Nobel Prize with William Shockley and John Bardeen for jointly inventing the transistor, a device that replaced the bulky and fragile vacuum tube in electronic equipment. By the 1930s, vacuum tubes were standardly used, but their limitations were preventing technological advances. They needed large amounts of power and cooling systems to protect against overheating, and in fact, vacuum tubes were a main obstacle in developing bigger computers.

As Bell Labs worked on finding a replacement for the vacuum tube, the best candidate seemed to be the semiconductor, which eventually led to the transistor. Today, the transistor, which amplifies current in an extremely efficient manner, can be found everywhere. Products ranging from "boom boxes" to desktop computers, from calculators to pacemakers, and from televisions to generators all contain transistors.

Brattain was born in Amoy, China, and upon receiving his doctorate in 1929, he went to work at Bell Labs as a research physicist. His chief field of research involved investigations into the surface properties of solids, particularly the atomic structure of a material at the surface, which usually differs from its atomic structure in the interior. He was granted a number of patents and wrote extensively on solid state physics.