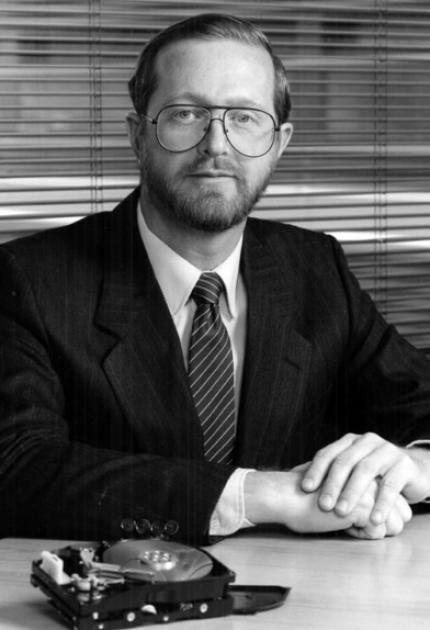 IBM researchers David Thompson and Lubomyr Romankiw invented the first practical magnetic thin film storage heads in the late 1970s, creating new designs for both read and write heads along with a new fabrication process. Thin film technology increased the density of data that could be stored on magnetic disks, even while the disk size was being substantially reduced, dramatically reducing the cost of data storage.

Their technology has been key to the success of the disk drive industry which is estimated to generate more than $35 billion in annual sales. By increasing storage capacity, additional products for consumer use were made possible. Today's most advanced products employ thin film head technology, and data can be stored so densely and cheaply over 400 billion bits of data per square inch of disk surface that disk drives have expanded into new markets, such as storage for digital devices. Thin film recording heads can be found in every disk drive marketed today.