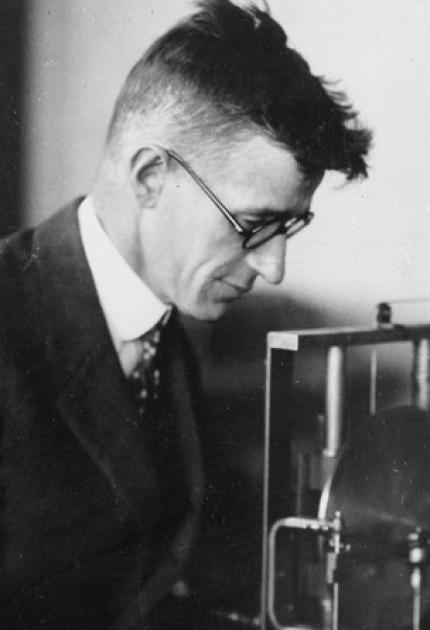 In 1931, Vannevar Bush completed work on his most significant invention, the differential analyzer, a precursor to the modern computer. It used electrical motors to drive shafts and gears that represented terms in complex equations, and was invaluable to scientists and engineers in fields as diverse as ballistics, acoustics, and atomic physics. The differential analyzer significantly reduced the time and effort required to carry out such calculations and opened the eyes of many observers to the enormous possibilities of computers.

Bush was born in Everett, Massachusetts, and earned B.S. and M.S. degrees in engineering from Tufts University before completing his Ph.D. in engineering at MIT in 1916. After performing acoustic research for the Navy during World War I, Bush joined the MIT faculty, becoming dean of the school of engineering in 1932. From 1938 to 1955, Bush was president of the Carnegie Institution in Washington. During World War II, he became director of the Office of Scientific Research and Development, which oversaw all defense research and development, including the development of radar and the atomic bomb. After World War II, Bush played an important role in the federal government's financial support of basic research, including the establishment of the National Science Foundation. Bush may be best remembered, however, for his prescient, influential 1945 essay "As We May Think," in which he elaborated a vision that prefigured the development of hypertext and other elements of the World Wide Web.