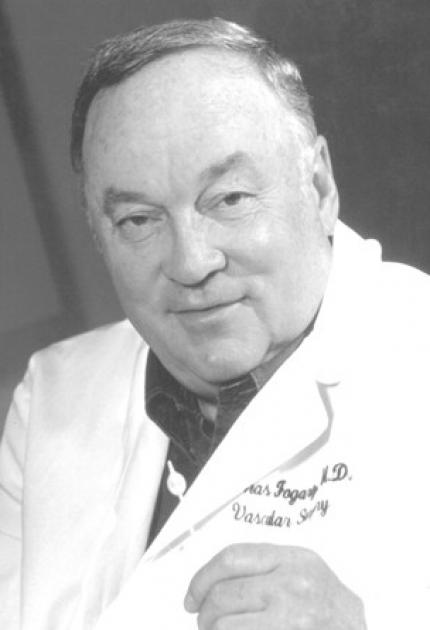 In 1969, Thomas Fogarty received a patent for his Fogarty® balloon embolectomy catheter, which has since become an industry standard. The device allows a thin balloon to be inserted into a patient's artery and guided through an occlusion. It is then inflated and withdrawn along with the blockage. Fogarty's catheter revolutionized vascular surgery it is still the most widely used technique for blood clot removal and encouraged advances for other minimally invasive surgeries, including angioplasty.

Working with biomedical design engineers at Fogarty Engineering, Fogarty has developed many balloon devices that are used in laparoscopy-assisted surgical procedures. Other products include a minimally invasive device for breast cancer diagnosis and therapy and a self-expanding stent-graft used to treat aortic aneurysms less invasively to reduce trauma. A native of Cincinnati, Fogarty attended Xavier University and then went on to the University of Cincinnati College of Medicine.

Currently the president of Fogarty Engineering, Fogarty also spent time as a venture capitalist, funding start-up medical companies through his Three Arch Partners. In 1981, he founded the Thomas Fogarty Winery, located near San Francisco and he has also founded the Fogarty Institute for Innovation. Fogarty holds over 70 patents and has won numerous awards, including the Laufman-Greatbatch Prize for advances in medical instrumentation.