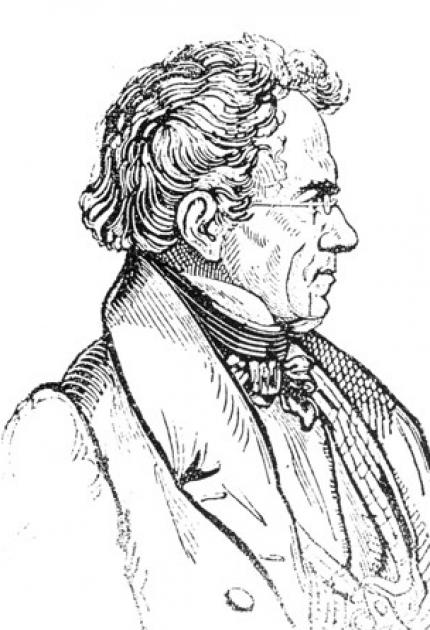 Thomas Blanchard devised a machine that transformed gun manufacturing and made the production of many other products faster and less expensive.

Blanchard, born in Sutton Township, Massachusetts, showed an early aptitude for mechanics. He devised an apple-paring machine when he was thirteen, and machines for shearing woolen cloth, and cutting and heading tacks before creating his revolutionary lathe.

In 1819, Blanchard conceived a device with a model attached to a tracing wheel and a raw block of wood attached to a cutting wheel. The tracing wheel followed the contours of the revolving model, while the cutting wheel duplicated the form in the wood block. Originally intended for making gunstocks, the device also eliminated the need to hand-carve shoe lasts, axe handles, hat blocks, wheel spokes, and other irregular forms.

Blanchard was a prolific inventor all his life. To his lathe he added thirteen additional special purpose machines that together formed an early production line. The machines were put into service at both the Springfield and Harpers Ferry federal armories. Blanchard continued to invent into his seventies, and was granted more than two dozen patents for devices ranging from a wood-bending machine to a stern wheel steamboat for ascending rapids.