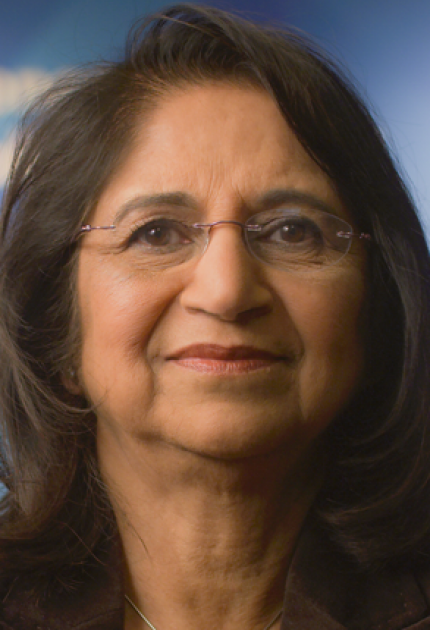 In the late 1990s, Sumita Mitra, a chemist at 3M Oral Care, the dental products division of 3M Company, invented the first dental filling material to include nanoparticles. The new composite filling material, called Filtek™ Supreme Universal Restorative, is a versatile material that could be used for restoring teeth in any area of the mouth; mimicked the beauty of natural teeth; had better polish retention; and exhibited superior strength than existing dental composites.

Mitra and her multidisciplinary team looked outside the realm of traditional dental materials technologies to develop the innovative material. They developed unique nanomeric and nanoclustered filler particles which they combined to generate a composite system that had excellent paste handling properties and, when cured, provided superior optical properties both initially and long-term, while exhibiting excellent mechanical strength and wear resistance. Filtek Supreme’s improvements over standard composites included versatility of use due to its excellent lasting esthetics, ability to withstand fracture, low shrinkage during curing and extremely good resistance to wear. Tooth-colored composites provide the ability to preserve more of a patient’s natural tooth structure and do not pose similar health and environmental concerns as with amalgam fillings containing mercury. Moreover, Filtek Supreme was attractive enough to fill front teeth, and strong enough for all teeth, even molars, which exert heavy chewing pressure.

Mitra holds 98 US patents and their international equivalents. Her inventions have led to a number of breakthrough dental technologies, including nanocomposites, resin-modified glass ionomers and dental adhesives. Other products that have resulted from her innovations include Viteremer™ and Vitrebond™ Resin-modified Glass Ionomers, RelyX™ Luting Cements, Scotchbond Multipurpose™ Adhesive and APC™ Orthodontic Bracket Adhesive. She earned her B.S. in chemistry from India’s Presidency College, her M.S. in organic chemistry from the University of Calcutta, and her Ph.D. in organic/polymer chemistry from the University of Michigan. Mitra retired in 2010 after more than 30 years with 3M, and now runs Mitra Chemical Consulting LLC with her husband. A former Science Coach for the American Chemical Society, she also maintains a close relationship with the Minnesota Dental Research Center for Biomaterials and Biomechanics at the University of Minnesota of which she was Industrial Director for nearly ten years.