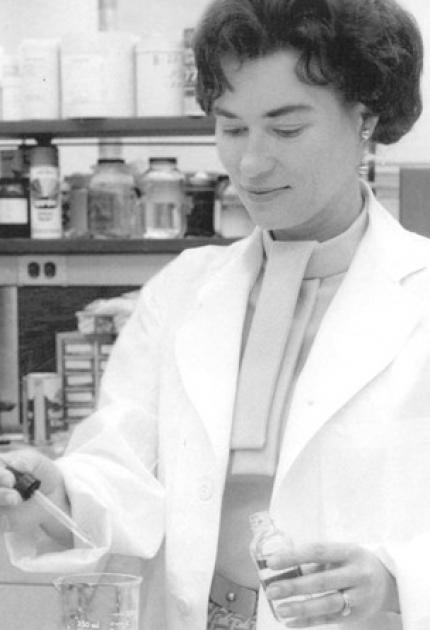 Chemist Patsy Sherman and colleague Sam Smith were working at 3M Company when they created Scotchgard™. Scotchgard went on to become one of the most widely used and valuable products in stain repellency and soil removal, eventually bringing in over $300 million annually for 3M.

Sherman and Smith teamed up to develop the line of Scotchgard products after an accidental spill of a fluorochemical rubber intended for jet fuel hoses showed resistance to water and oily liquids. After the introduction in 1956 of a stain repellent treatment for wool, they later developed products designed for clothing, household linens, upholstery, and carpeting. Their research culminated in the late 1960s when they developed a product that both repelled stains and also permitted the removal of oily soils from synthetic fabrics, including the newly popular permanent press fabrics. Sherman and Smith jointly hold 13 patents in fluorochemical polymers and polymerization processes.

Born in Minneapolis, Sherman attended Gustavus Adolphus College in Minnesota. Upon graduating in 1952 with degrees in chemistry and mathematics, she joined 3M and remained there until her retirement in 1992. She has previously been inducted into the Minnesota Inventors Hall of Fame and is a Distinguished Alumna of her college.