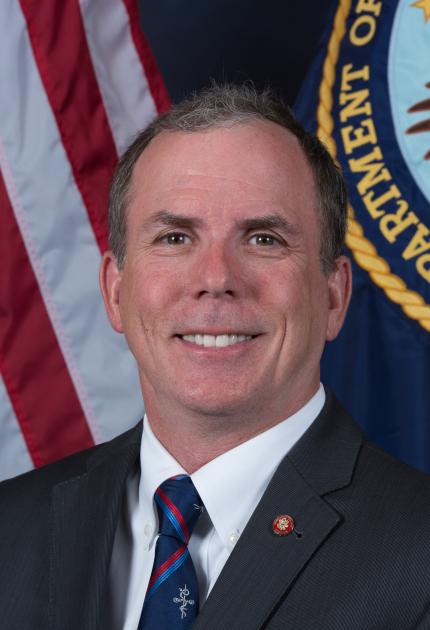 Biomedical engineer Rory Cooper developed innovations in wheelchair technology that have improved manual and electric wheelchairs, and advanced the health, mobility and social inclusion of people with disabilities and older adults.

Born in Los Angeles, Cooper’s experience as an Eagle Scout helped him learn to problem solve and his parents sparked his interest in tinkering in the family’s automotive and repair shop. “That was my early introduction to engineering, working with my mother in the shop, making things,” Cooper said in an interview with the National Inventors Hall of Fame®.

A U.S. Army veteran, Cooper was stationed in Germany in 1980 when a bicycle accident left him paralyzed from the waist down. He then enrolled at California Polytechnic State University, and when he became frustrated that his 80-pound chrome and steel wheelchair was difficult to maneuver on campus, he went into his family’s shop to design his own ultralight wheelchair. He shared, “The advantage of having the shop attached to the house is your mom lets you go in there and do things, which helped out when I got injured, because we started building my own wheelchairs.”

Cooper earned his bachelor’s and master’s degrees in electrical engineering in 1985 and 1986. He then earned a doctorate in electrical and computer engineering from the University of California, Santa Barbara in 1989.

Informed by his experience with building a better wheelchair for himself, Cooper researched adaptive technologies and was determined to reduce the repetitive stress injuries plaguing many users of manual wheelchairs. By 1994, he was founder and director of the Human Engineering Research Laboratories (HERL), a collaboration between the U.S. Department of Veterans Affairs and the University of Pittsburgh.

Cooper’s research showed the correlation between wheelchair propulsion and injury. The Ergonomic Dual Surface Wheelchair Pushrim — marketed as the Natural-Fit Handrim and the Surge Handrim — evolved from these findings. Featuring a much larger outer surface area for pushing with one’s palm than did conventional wheelchair handrims, as well as an inner contoured thumb slot, its ergonomic design and coated surfaces enabled less-forceful gripping with improved propulsion and braking capabilities. Users reported less hand and wrist pain, and significantly fewer wrist and shoulder injuries.

Cooper and his colleagues then created the Variable Compliance Joystick with Compensation Algorithms to provide safe, powered independent mobility for those with severe and complex disabilities, as well as older adults. The digital joystick controls the speed and direction of an electric-powered wheelchair through pressure sensing and can be calibrated to individual hand and arm function. Software motion algorithms compensate for hand tremors that can cause crashes or mishaps.

Cooper holds more than 20 U.S. patents and continues to direct HERL, the nation’s leading assistive technology research laboratory. He is a fellow of the National Academy of Inventors, American Association for the Advancement of Science, the American Institute for Medical and Biological Engineering, and IEEE, and includes the Samuel E. Heyman Service to America Medal among his many honors. Passionate about athletics, Cooper won a bronze medal at the 1988 Seoul Paralympics in the 4×400-meter wheelchair relay and more than 200 medals in the National Veterans Wheelchair Games.

10 Things You Need to Know About Rory Cooper>>>