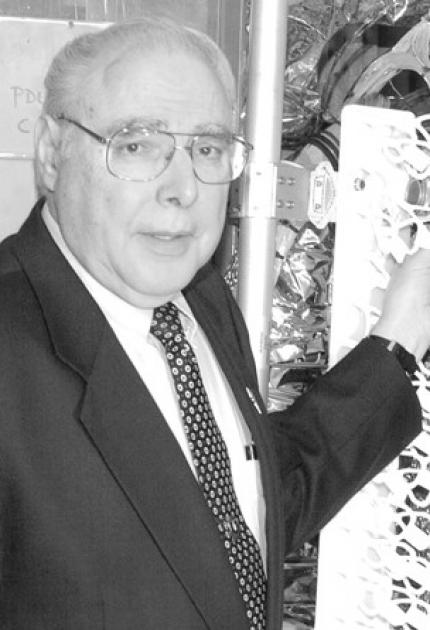 The success of the Hubble Space Telescope is due to NASA's ability to repair and upgrade Earth-orbiting spacecraft via the space shuttle. Since its first historic repair mission in 1993, Hubble has delivered an unprecedented number of major discoveries. Frank J. Cepollina's work in the early 1970s made this possible, designing and developing the concept of modular spacecraft that could be serviced on-orbit by astronauts.

In 1984, Cepollina proposed and led the first on-orbit servicing project, the Solar Maximum Repair Mission. This demonstrated the feasibility of on-orbit spacecraft repair, replacement, and upgrading.

Subsequently, Cepollina's NASA team successfully serviced and upgraded Hubble in 1997, 1999, and 2002, leaving Hubble with far more power and capability. The techniques and training philosophy Cepollina and his team developed have become the mainstay in the assembly of the International Space Station.

His foresight has had far-reaching implications for NASA programs, including the space shuttle robotics arm and the space station power tools. Furthermore, the technology developed for the Hubble servicing missions has rippled into commercial applications in mammography, microchip manufacturing, and vibration-free, cryogenic cooling systems.