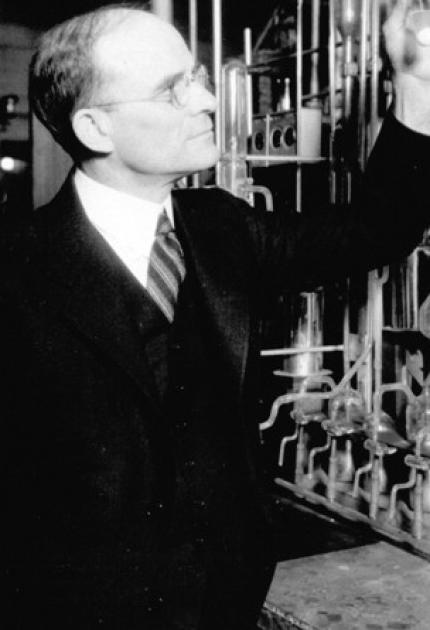 Robert R. Williams developed ways to synthesize vitamins to fight malnutrition and vitamin-deficiency diseases. Born in India, the son of Baptist missionaries, Williams witnessed the suffering caused by malnutrition. When he was 10, Williams returned with his family to the United States where he attended school in Ottawa, Kansas. Williams earned his B.S. (1907) and an M.S. (1908) in chemistry from the University of Chicago.

Williams returned to the East to teach school in the Philippines while awaiting a job opening in the Manila Bureau of Science. There he began a 25-year search for a cure for beriberi. During World War I Williams was recalled to the Washington, D.C. Bureau of Science to work on war projects. To support his family, he took a job with the Bell Telephone Company in New York, where he would serve as chemical director for 20 years.

He conducted research in his spare time with the aid of grants and space provided by Columbia University and others. Williams isolated thiamine in crystalline form in 1933 and synthesized vitamin B1 in 1935. Williams was also instrumental in enriching flour and other cereal grains, wiping out the niacin and riboflavin deficiency common among underprivileged people.