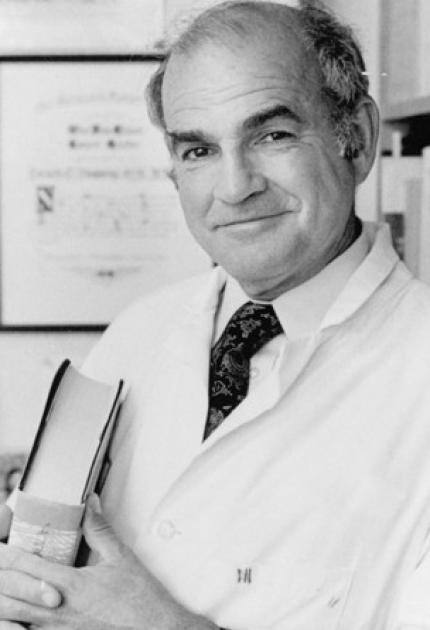 Vaccine for Hepatitis B

Baruch Blumberg discovered an antigen in 1963 that detected the presence of hepatitis B in blood samples. Hepatitis B is a potentially fatal disease often transmitted through blood transfusions. This hepatitis antigen, "the Australia Antigen," was found frequently in the blood serum of viral hepatitis sufferers. The antigen was named for an Indigenous Australian patient’s blood sample, which reacted with an antibody in the serum of an American hemophilia patient.

Together Blumberg and Irving Millman developed a vaccine against the virus. Since hepatitis B is an unknown factor associated with the development of liver cancer, the vaccine was the first against a major form of cancer. Born in New York City, Blumberg graduated from Far Rockaway High School, then joined the Navy, which assigned him to study physics at Union College in Schenectady, New York (B.S., 1946). He received an M.D., in 1951 from Columbia University, and a Ph.D. in biochemistry in 1957 from Balliol College at Oxford University.

He worked at the National Institutes of Health from 1957 to 1964 then joined Fox Chase Cancer Center and was also appointed professor of medicine and anthropology at the University of Pennsylvania. Blumberg shared the Nobel Prize in Medicine and Physiology in 1976.