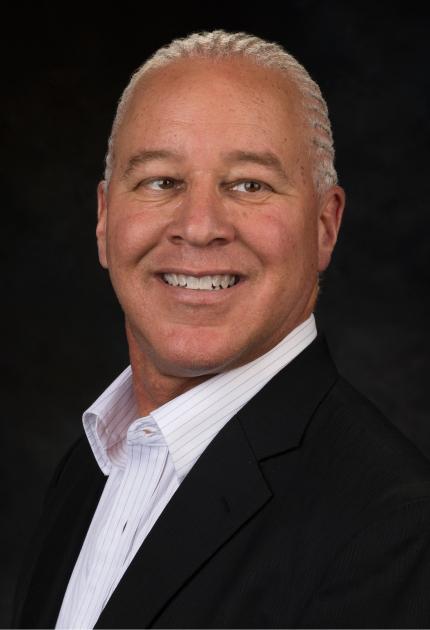 Bryant was born in Chicago. His father, an engineer, and his mother, a reference librarian, encouraged his curiosity from a young age with Legos, electric trains and an Erector Set. An Eagle Scout, Bryant enjoyed exploring the woods, taking things apart to see how they worked and spending plenty of time reading the books his mother would bring home from work.

Despite significant vision challenges caused by the genetic condition oculocutaneous albinism type 2, Bryant developed strong reading comprehension skills in his youth. This later gave him an advantage when it came to reading technical papers and books.

“My advice to kids is to read,” Bryant shared in an interview with the National Inventors Hall of Fame® (NIHF). “Read as much as you possibly can.”

Bryant earned his bachelor’s degree in chemistry from Valparaiso University in 1985. He then joined the University of Akron as a graduate student, earning his master's and doctorate degrees under NASA’s Graduate Student Research Program (GSRP) as a fellow in polymer science in 1990.

“LaRC-SI was one of the many things that I’ve invented. And the reason I was able to do that is because [at NASA] I had the freedom to explore and to work on things and develop subject matter expertise in many areas I knew little about,” Bryant said.

Because LaRC-SI is biologically inert and solvent resistant, it can be used in implantable medical devices. Medtronic, a leading medical device company, licensed LaRC-SI in 2004. Investing nearly $50 million over the next decade, with Bryant as consultant, Medtronic adapted the polymer for its needs as a coating and electric insulator for left ventricle leads. A lead is a thin wire attached to the implanted heart device that helps to resynchronize contractions and improve pumping efficiency. LaRC-SI enhances lead design, making them easier to implant and benefiting patient outcomes.

LaRC-SI enables leads that are small and simple, yet highly flexible and reliable for the complexities of threading a lead through an often-convoluted vein via a tiny space to its destination, the coronary sinus. Before LaRC-SI, Medtronic’s CRT left ventricle leads were about 3 mm in diameter. Using LaRC-SI, they are rarely more than 1 mm in diameter with the most recent generation containing several electrode pairs. Since obtaining Food and Drug Administration approval in 2010, over 700,000 Medtronic Attain™ family of left ventricular leads have been sold.

In addition to his induction into NIHF, Bryant was inducted into the Space Foundation’s Space Technology Hall of Fame and the NASA Inventors Hall of Fame. His numerous awards include NASA’s Exceptional Achievement Medal, NASA Langley’s Lifetime Achievement Award, Valparaiso University’s Distinguished Alumni Award and a Doctor of Science Honoris Causa, and three R&D 100 Awards, including an Editor’s Choice. He currently holds 33 U.S. patents, over a dozen foreign patents and over two dozen commercial licenses to NASA.

10 Things You Need to Know About Robert Bryant>>>