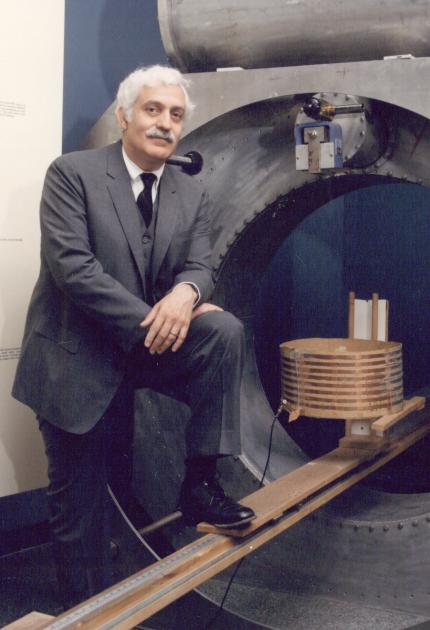 Raymond Damadian invented the magnetic resonance imaging (MRI) scanner, which has revolutionized the field of diagnostic medicine. Born in Forest Hills, New York, Damadian attended the Julliard School of Music for eight years, studying violin. He received his B.S. from the University of Wisconsin and an M.D. degree from the Albert Einstein College of Medicine in New York. Damadian later served as a fellow in nephrology at Washington University School of Medicine and as a fellow in biophysics at Harvard University. He studied physiological chemistry at the School of Aerospace Medicine in San Antonio, Texas. After serving in the Air Force, Damadian joined the faculty of the State University of New York Downstate Medical Center in 1967. His training in medicine and physics led him to develop a new theory of the living cell, his Ion Exchanger Resin Theory.

His MRI produced images of the interior of the body far more detailed than was possible with X-ray devices such as the CAT scanner. The MRI obtains information through the use of static and dynamic magnetic fields, a method that yields radio signal outputs from the body's tissue that can be either transformed into images or analyzed to provide the chemical composition of the tissue being examined. Damadian founded the Fonar Corporation in 1978 for the manufacture of the MRI scanner. Since the device's approval in 1984 by the FDA, hundreds have been put to use around the world.