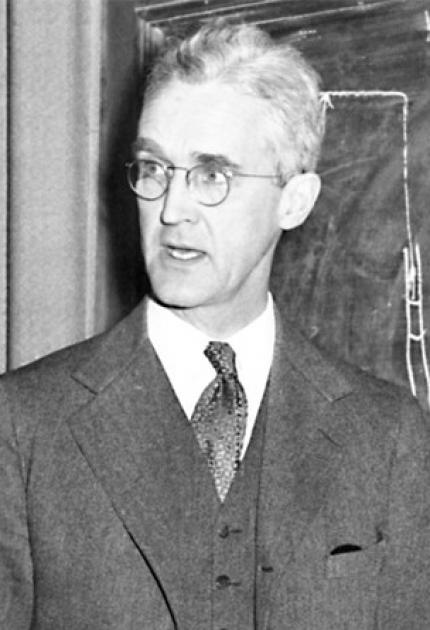 Philip Drinker invented the first iron lung, a respirator that has helped save lives, especially those afflicted with polio and other cases of paralysis.

Born in Haverford, Pennsylvania, Drinker graduated from Princeton in 1915. Hired by Harvard as an instructor of industrial hygiene, Drinker was subsequently employed in Harvard's new School of Public Health in 1923, where he developed and patented the first iron lung.

The invention stemmed from research on methods of resuscitation for victims of gas poisoning and electric shock. Early models of the respirator encapsulated the patient's entire body, while later ones provided an opening through which the head could rest outside of the chamber. Fitting a collar around the neck of the patient ensured the chamber itself remained airtight. A second patent in 1933 improved on the original by providing an apparatus in which the doctor or nurse could insert their hands to bathe the patient or change bedding.

The first such artificial respirator was put into use in 1928 to assist the breathing of a girl who suffered from infantile paralysis. By the 1930s, in the wake of an outbreak of polio, the respirator was in high demand in hospitals throughout the nation.