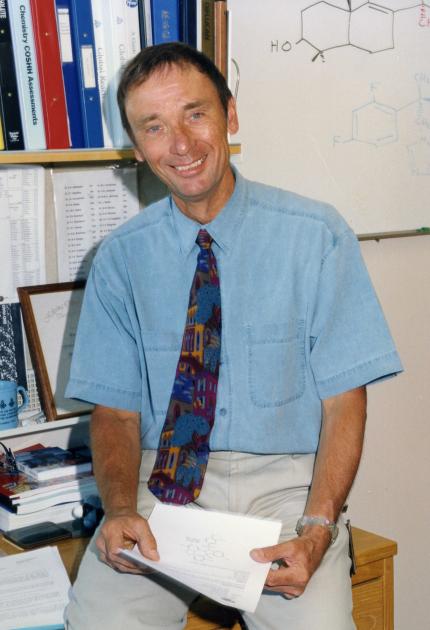 Ken Richardson is credited with discovering one of the most important breakthroughs in the history of anti-fungal research, fluconazole (Diflucan®), the world's leading antifungal drug for human use. In the U.S., fluconazole was recognized as being so important that the FDA gave it fast-track treatment, approving it for use in only nine months. It has saved the lives of millions around the world by treating transplant recipients, burn victims, chemotherapy patients, AIDS patients, and others with weakened immune systems that make them targets of deadly fungal diseases.

Born in the British Midlands near Nottingham, Richardson left school at the age of sixteen to become a laboratory assistant during the day. By attending evening classes, he earned his first degree in chemistry from Trent Polytechnic in 1965 and then earned his Ph.D. from the University of Nottingham in 1968. He later worked with Nobel laureate chemist R.B. Woodward at Harvard and went on to become a research scientist for Pfizer where he led the research team that discovered fluconazole.

Richardson has received various awards for his discovery, including the UK Society for Drug Research Award for Drug Discovery and the Pharmaceutical Manufacturers of America Discoverers Award. He was also named an Officer of the Order of the British Empire by Queen Elizabeth II.