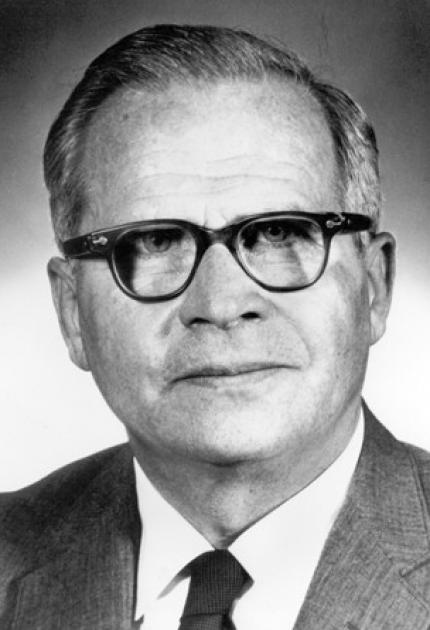 Peter Goldmark invented the long-playing (LP) record that dominated the recorded music industry for forty years. As an engineer for CBS Laboratories, he also invented a system for transmitting and receiving color television and made numerous other innovations in electronics.

Born in Budapest, Hungary, Goldmark studied at the Universities of Berlin and Vienna before immigrating to the U.S. in 1933. After working as a consultant to various electronics companies, he joined CBS Labs. In 1948, Goldmark invented the LP by slowing the record from 78 revolutions per minute (rpm) to 33 1/3 rpm, increasing the length of the groove and decreasing its width. He made the LP of vinyl rather than shellac, and improved the phonograph's stylus and tone arm. His innovations made it possible to listen to entire symphonic movements and other long pieces without interruption, bringing the pleasure of long-playing recorded music to millions.

He also produced the first live color television images in 1940. His system was widely used in closed-circuit applications including surgical procedures, and it transmitted color pictures from the Apollo 15 mission back to Earth.

Goldmark earned 77 patents and was awarded the National Medal of Science in 1977.