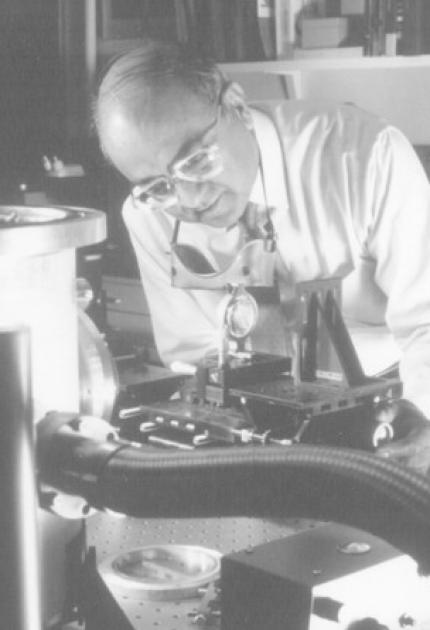 In 1981, Rangaswamy Srinivasan discovered that an ultraviolet excimer laser could etch living tissue in a precise manner with no thermal damage to the surrounding area. He named the phenomenon Ablative Photodecomposition (APD).

Srinivasan and his co-inventors ran tests using the excimer laser and a conventional, green laser to etch organic matter. They discovered that while the green laser produced rough incisions, damaged by charring from the heat, the excimer laser produced clean, neat incisions. In 1983, Srinivasan collaborated with an ophthalmic surgeon to develop APD to etch the cornea. It resulted in a procedure to correct vision known today as LASIK surgery. Since the introduction of LASIK, millions of people have taken advantage of this procedure that reduces dependency on corrective lenses.

Srinivasan spent 30 years at IBM's T.J. Watson Research Center. Throughout his career, he has received many honors and awards including the National Medal of Technology and Innovation and the Russ Prize, and he has been granted 21 U.S. patents. He received both bachelor's and master's degrees in science from the University of Madras, India, in 1949 and 1950, and earned a doctorate in physical chemistry at the University of Southern California in 1956. Today, he consults on lasers and laser applications.