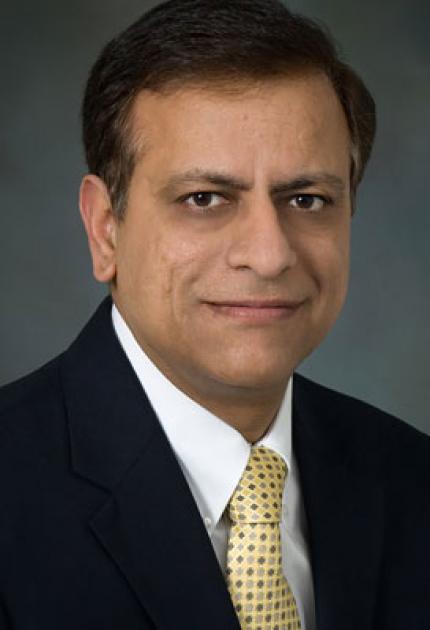 Chemical engineer Pushkar Tandon is one-third of the Corning Incorporated research team that developed ClearCurve® optical fiber, a bend-insensitive optical fiber capable of bending without causing significant signal loss. In 2004, Tandon worked with his colleagues, chemist Dana Bookbinder and optical scientist Ming-Jun Li, and they applied their combined expertise to experiments leading to a new optical fiber that enabled the transmission of light around small, tight bends.

Before the introduction of bend-insensitive optical fiber, copper was the standard material used to connect the optical fiber telecommunications backbone with homes and buildings. However, it presented limitations. “We want all this information at our fingertips. Copper just does not have the capability to provide the same level of information that an optical fiber does,” Tandon explained in an interview with the National Inventors Hall of Fame®. The problem was that existing optical fiber required skilled labor, long installation times and careful management of bends around corners for successful data transmission inside a home, in multiple dwelling units and inside data centers. Fiber containing tight bends suffered from large losses in the signal, making it impossible to install around structures like indoor walls and door frames and for connecting inside data centers.

Corning had long been investigating residential uses of optical fiber; the company knew that running fiber directly into homes and offices — called fiber-to-the-home — would significantly increase the speed and volume of data delivery. As Tandon, Li and Bookbinder’s work evolved, Corning executives fast-tracked the project’s development.

Thanks to the invention of ClearCurve optical fiber, broadband fiber networks have enabled video streaming services to become commonplace in businesses and homes. The technology enables online gaming, internet of things, telemedicine, telecommuting and smart city technologies, and it meets the ever-growing need for internet services including cloud computing and data storage.

Tandon, a Corning Development Fellow, shares multiple awards for ClearCurve optical fiber with Bookbinder and Li, including the 2017 ACS Heroes of Chemistry Award. A native of India, he received his bachelor of technology degree from the Indian Institute of Technology in Delhi, and his doctorate from Yale University, both in chemical engineering. Tandon currently holds more than 135 U.S. patents.

10 Things You Need to Know About Pushkar Tandon>>>