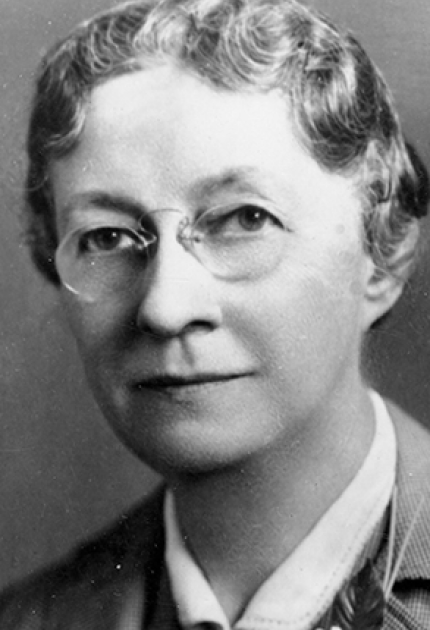 Mary Engle Pennington was a pioneer in the safe preservation, handling, storage, and transportation of perishable foods. A bacteriological chemist, food scientist, and refrigeration engineer, Pennington devoted most of her career to the study of refrigeration and its application to food freshness and safety. Her work impacted the health and well-being of generations of Americans.

Pennington studied chemistry at the University of Pennsylvania, receiving a certificate of proficiency in 1892—at the time, the university denied degrees to women—and her Ph.D. in 1895 at age 22. In 1905, Pennington joined the U.S. Department of Agriculture’s Bureau of Chemistry, which later evolved to become the U.S. Food and Drug Administration (FDA). After the passage of 1906’s Pure Food and Drug Act, she became chief of the Food Research Laboratory, making her the FDA’s first female lab chief. There, she developed the standards for the safe processing of chicken and the safety procedures to help avoid bacterial contamination of milk.

Pennington also researched and devised spoilage-free methods of storing and shipping poultry, eggs, and other perishable foods that were adopted by the food handling industry; developed a process for scaling, skinning, quick-freezing, and dry-packing fish fillets immediately after the catch; and traveled the nation investigating the efficiency of refrigerated boxcar design. She established national standards for ice-cooled refrigerator cars, recommended standards for construction and insulation, and solved the problem of humidity control in cold storage.

A noted authority on refrigeration and its application to food, Pennington’s patented inventions included a poultry-cooling rack, a bacteria-resistant method of treating eggs, and a sterile food products container. She was serving as a consultant and as vice president of the American Institute of Refrigeration when she died at 80 in 1952.