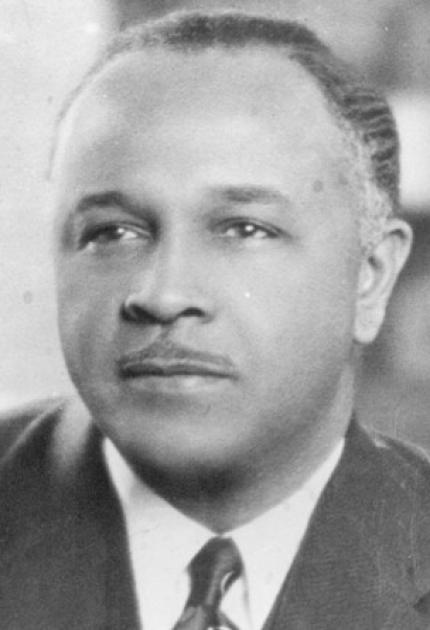 Percy Lavon Julian synthesized physostigmine for treatment of glaucoma and cortisone for the treatment of rheumatoid arthritis. He is also noted for a fire-extinguishing foam for gasoline and oil fires. Born in Montgomery, Alabama, Julian had little schooling because Montgomery provided limited public education for blacks. However, he entered DePauw University as a "sub-freshman" and graduated in 1920 as class valedictorian. He then taught chemistry at Fisk University, and in 1923, earned a master's degree from Harvard University. In 1931, Julian received his Ph.D. from the University of Vienna.

He returned to DePauw University, where his reputation was established in 1935 by synthesizing physostigmine from the calabar bean. Julian went on to become director of research at the Glidden Company, a paint and varnish manufacturer. He developed a process for isolating and preparing soy bean protein, which could be used to coat and size paper, to create cold water paints, and to size textiles. During World War II, Julian used a soy protein to produce "AeroFoam" which suffocates gasoline and oil fires.

Julian was noted most for his synthesis of cortisone from soy beans, used in treating rheumatoid arthritis and other inflammatory conditions. His synthesis reduced the price of cortisone.